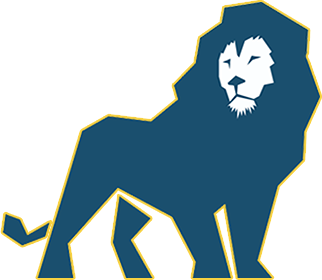 This term, pupils have been given the opportunity to take part in after school multi skills clubs run by Inclusion staff at Hamstead Hall Academy.

Multi skills is a fun way of developing the essential skills for all sports and is therefore a great foundation for young children. The skills developed are agility and flexibility, stamina and speed, balance and coordination and strength and power, these skills are developed through a variety of fun activities and games.

Have a read below to see what the children get up to each week:

Monday's Year 1 and 2 class looked at fun games to wind down the children as they come up to half term!

The group began with a warm up of musical status using the “shapes” as the music stop - everytime an item that wasn’t a shape name was called children could move around but once “circle” or “square” was shouted children were made to freeze in their best poses!

After this, they played the colour game where different colour cones were scattered around the hall. Children run around until a cone colour is called at which point they run to that particular colour. Each time a colour is called a cone is taken out until one child wins.

Finally we ended the session with a game of dodgeball using the soft cushion balls - this was their favourite game! 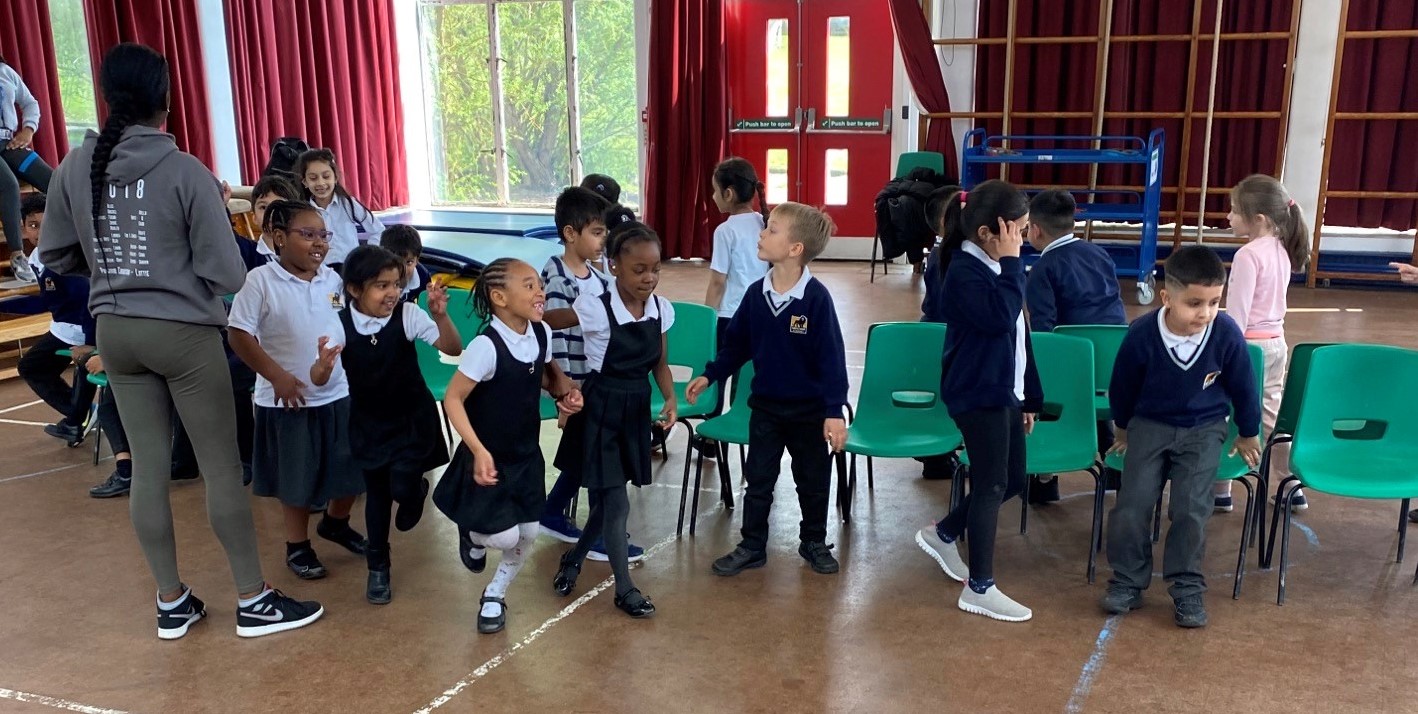 On 17th May, Years 1 and 2 took part in team building games. They started with a warm up of NORTH, EAST, SOUTH and WEST teaching the children different directions while still having fun! They then played the number game, where they run around and get into groups based on the numbers called out. Those who didn’t get into the correct number of groups were out! They went on to play brain challenge game of musical statues, where instead of playing music, they used there knowledge of colours and if we didn’t call a colour you’d take a seat. 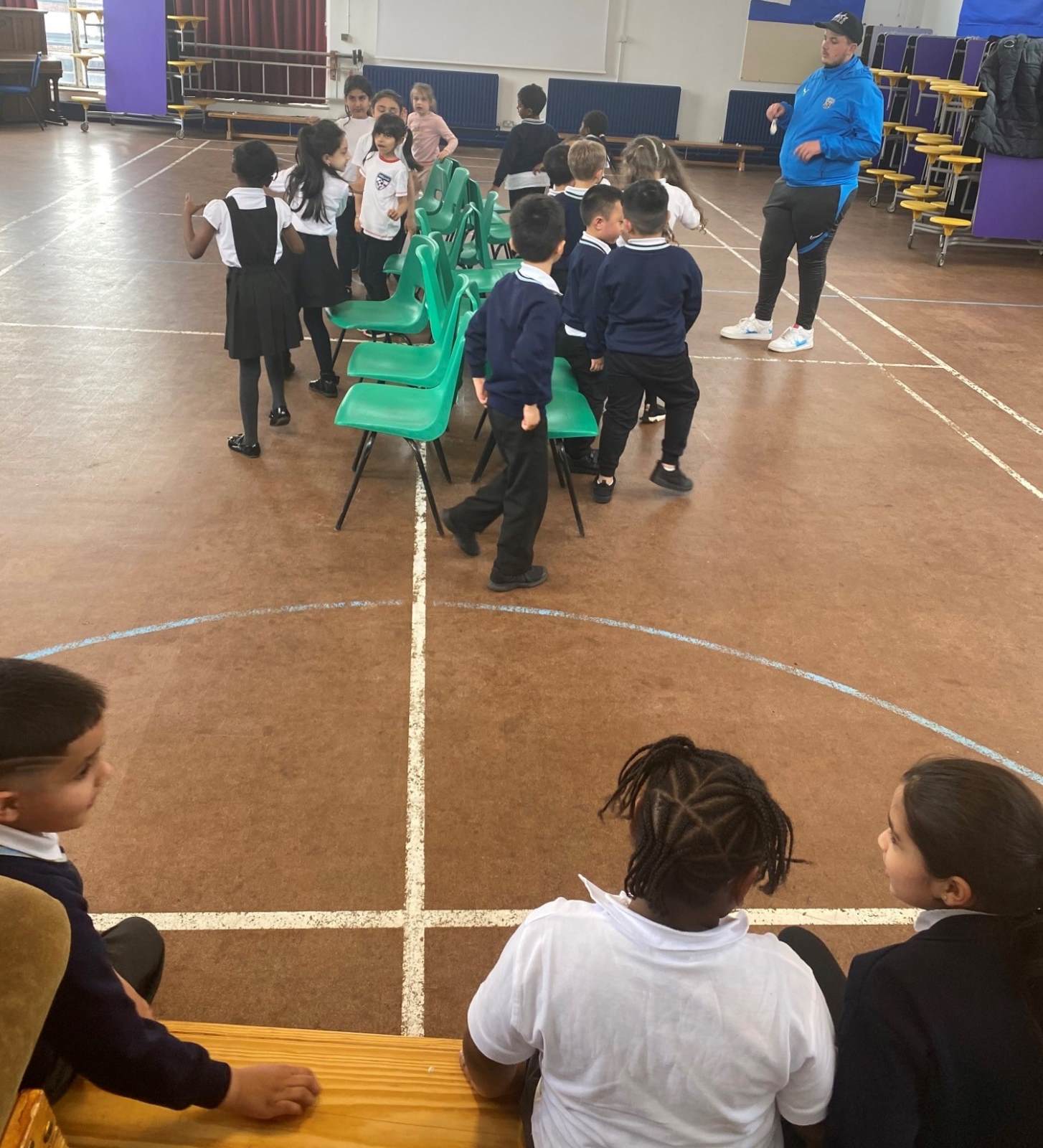 The children began with a warm up where they got into pairs with one cone between them. The warm up is called “cone” where staff call a series of actions such as  “head” “shoulders” “knees” “toes”. If they hear the word they must pick up the cone quicker than their opponent.

Pupils then went straight into team bonding games where they did wheel barrow walking; they did a bit of practice and then went in to mini races!

Finally, they finished with a game of football rounders, where each child was given a number and aimed to score as many runs as possible, without the ball being caught. Everyone else worked as a team to catch the ball! 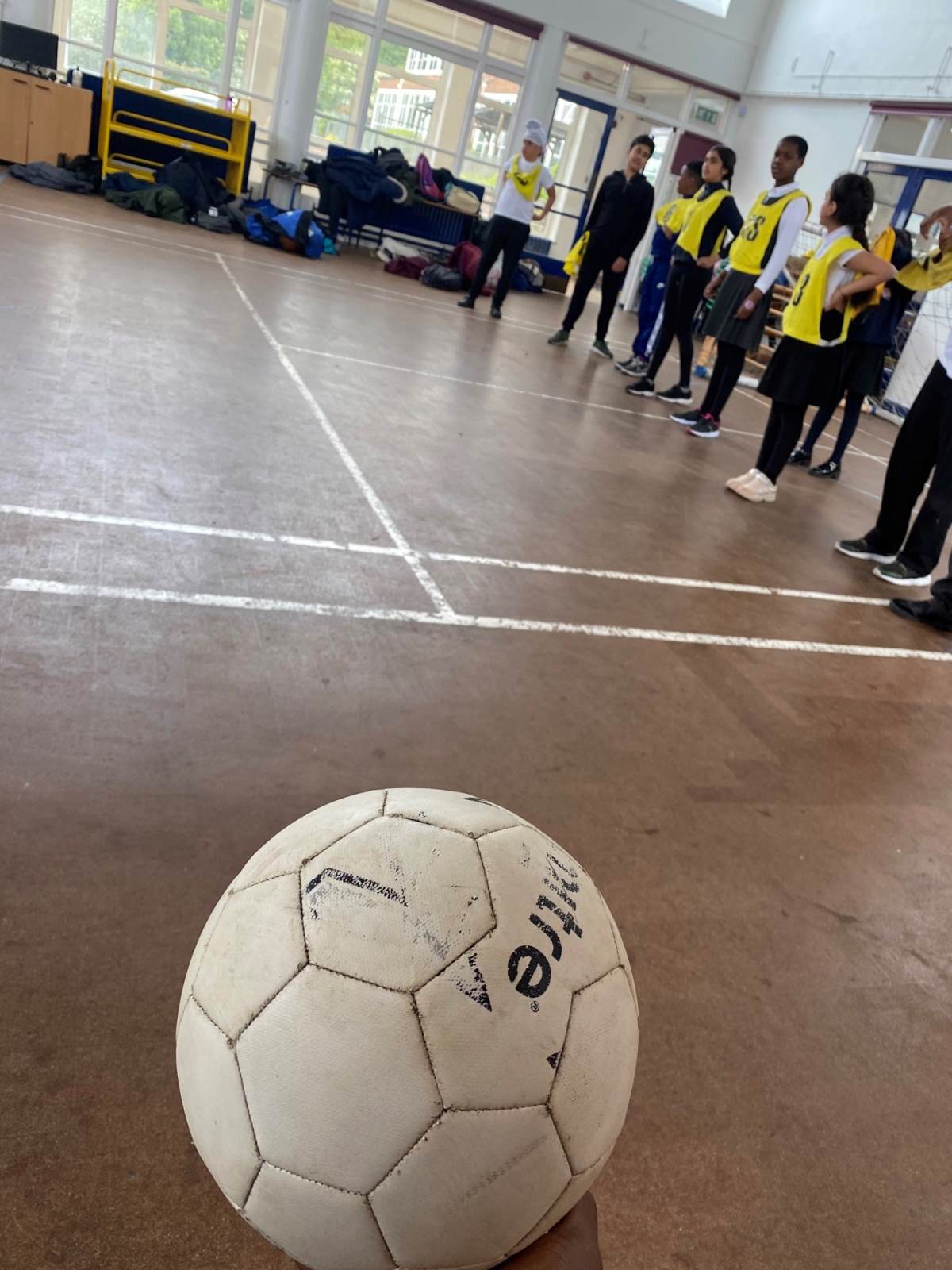 During Year 5 and 6's club the weather was awful! Staff brought goals inside, played warm up games and ended with games of football.

Pupils began with a warm up where they got into pairs and did wheel barrow relay races; they quickly went into “football roulette” where the group was split up into two even groups and given numbers. Once the number was called, they had to run out, touch the opposite goal post and then come into play and try to score goal! They earned a point for their team and the first to 10 won.

We then finished with a 3 team tournament, with two minutes where the aim for the three teams was to win as many games as possible to stay on the field the longest. To win the game, the team would need to score 2 goals or be be in the lead by the end of the two minutes!

Multi Skills clubs focused on throwing and catching and moved into a game of bench ball.

In previous weeks year 3-6 worked on different types of throws, dodgeball and tag invasion games, so bench ball was a combination of what we have previously learnt. Staff challenged the kids to apply what they have been taught and the standard of throws, catching and movement has enhanced significantly.